The Bauhaus Idea and Bauhaus Politics 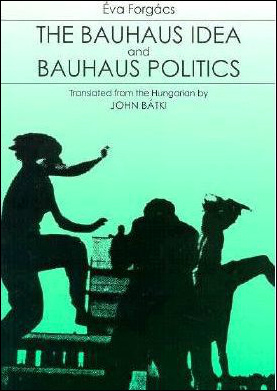 In this highly original book, Hungarian art historian Eva Forgacs examines the development of the Bauhaus school of architecture and applied design by focusing on the idea of the Bauhaus, rather than on its artefacts. What gave this idea its extraordinary powers of survival? Written in 1989, the year of the revolutions, by an author who belongs to the “1968 generation,” this study provides a sensitive East European overview of the 1920s--a period so similar to the 1960s, when large-scale utopias, after a few bright years, were so vehemently suppressed. The text has been extensively revised since its original publication in Hungarian in 1991, and an entirely new chapter has been added on the Bauhaus's Russian analogue, VKhUTEMAS, the Moscow academy of industrial art. A unique feature of the book is the comparison of the two academies, as is the author's analytical emphasis on the history of ideas.