Inventing Futurism: The Art and Politics of Artificial Optimism 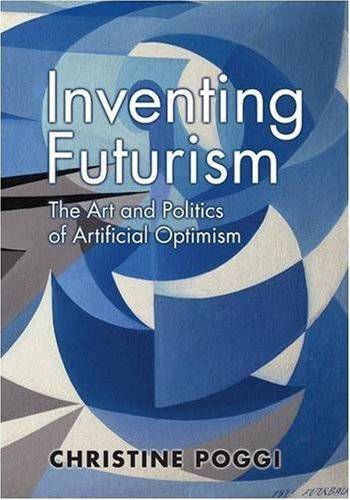 In 1909 the poet Filippo Tommaso Marinetti published the founding manifesto of Italian Futurism, an inflammatory celebration of “the love of danger” and “the beauty of speed” that provoked readers to take aggressive action and “glorify war--the world's only hygiene.” Marinetti's words unleashed an influential artistic and political movement that has since been neglected owing to its exaltation of violence and nationalism, its overt manipulation of mass media channels, and its associations with Fascism. Inventing Futurism is a major reassessment of Futurism that reintegrates it into the history of twentieth-century avant-garde artistic movements. Countering the standard view of Futurism as naively bellicose, Christine Poggi argues that Futurist artists and writers were far more ambivalent in their responses to the shocks of industrial modernity than Marinetti's incendiary pronouncements would suggest. She closely examines Futurist literature, art, and politics within the broader context of Italian social history, revealing a surprisingly powerful undercurrent of anxiety among the Futurists--toward the accelerated rhythms of urban life, the rising influence of the masses, changing gender roles, and the destructiveness of war. Poggi traces the movement from its explosive beginnings through its transformations under Fascism to offer completely new insights into familiar Futurist themes, such as the thrill and trauma of velocity, the psychology of urban crowds, and the fantasy of flesh fused with metal, among others. Lavishly illustrated and unparalleled in scope, Inventing Futurism demonstrates that beneath Futurism's belligerent avant-garde posturing lay complex and contradictory attitudes toward an always-deferred utopian future.