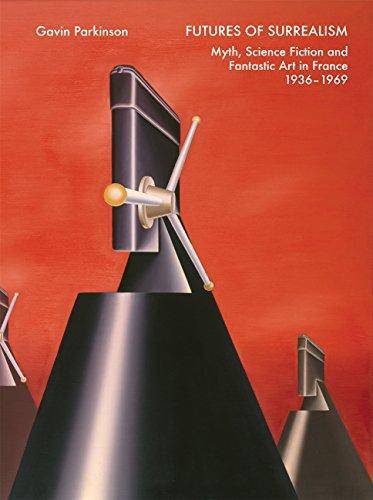 Although Surrealism is usually associated with the 1920s and 1930s, it remained a vital force in Paris throughout the postwar period. This important book offers the first detailed account in English of the trajectory of the French Surrealists in the 1950s and 1960s, giving particular emphasis to the significance of myth for the group in its reception of science fiction and its engagement with fantastic art. Offering new readings of the art and writings of the later generation of Surrealists, Gavin Parkinson demonstrates how they were connected to the larger cultural and political debates of the time. Whereas earlier Surrealist art and writing drew on psychoanalytic practices, younger Surrealists engaged with contemporary issues, ideas, and themes of the period of the Cold War and Algerian War (1954-62), such as parapsychology, space travel, fantastic art, increasing consumerism in Europe, emerging avant-gardes such as Nouveau Realisme, and the rise of the whole genre of conspiracy theory, from Nazi occultism to flying saucers.