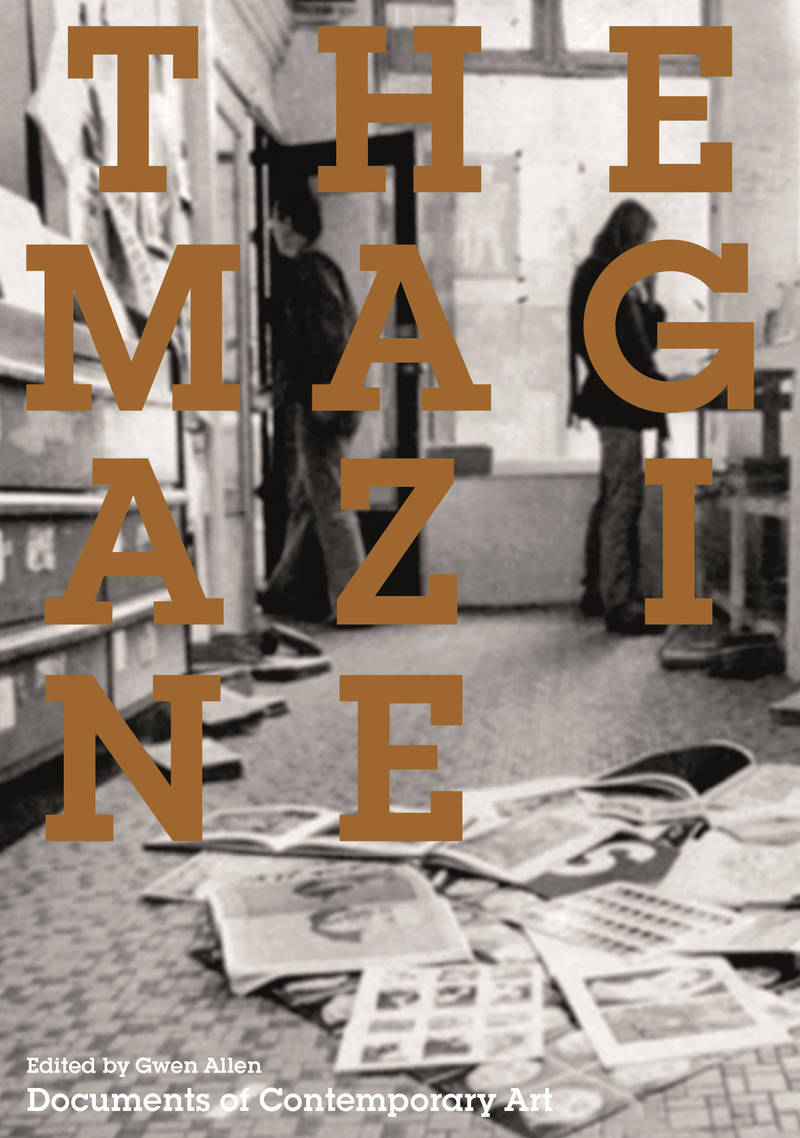 The multiple platforms of the digital era have not diminished the role of the magazine for artists as an alternative medium and experimental space. Whether printed on paper or electronically generated, the artist’s magazine continues to be a place where new ideas and forms can be imagined as well as a significant site of artistic production. Intrinsically collaborative, including readers’ active engagement, the magazine is an inherently open form that generates constantly evolving relationships. It was integral to the emergence of art criticism in the Enlightenment period and to the development of artistic dialogues around notions of culture, politics, and the public from the modern era avant-gardes to the present. This collection contextualizes the current condition and potential of the artist’s magazine, surveying the art worlds it has created and then superseded; the commercial media forms it has critically appropriated, intervened in, or subverted; the alternative DIY cultures it has brought into being; and the expanded fields of cultural production, exchange, and distribution it continues to engender. In addition to surveying case studies of transformational magazines from the early 1960s onwards, The Magazine includes a wide-ranging archive of key editorial statements, from eighteenth-century Weimar to twenty-first century Bangkok, Cape Town, and Delhi.