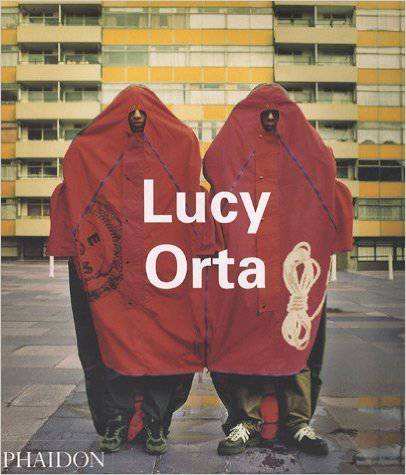 The work of Paris-based British artist Lucy Orta (b.1966) examines the social bonds within communities and the relationships between individuals and their environments, bridging the boundaries of the visual arts by merging fashion, social engagement, poetry and performance. In the early 1990s Orta began a series of works called Refuge Wear that combined architecture, fashion and social activism. This series took the form of tent-like mobile structures that transform into items of clothing, sleeping bags and bivouacs. Orta envisioned them as emergency structures for nomadic populations, for the homeless and for crisis situations such as earthquake zones. Orta's work has since grown to incorporate interdisciplinary workshops, contemporary dance and other actions that explore notions of identity, shared space and networking. These projects include collaborations with such marginalized groups as the unemployed, the homeless and immigrants.