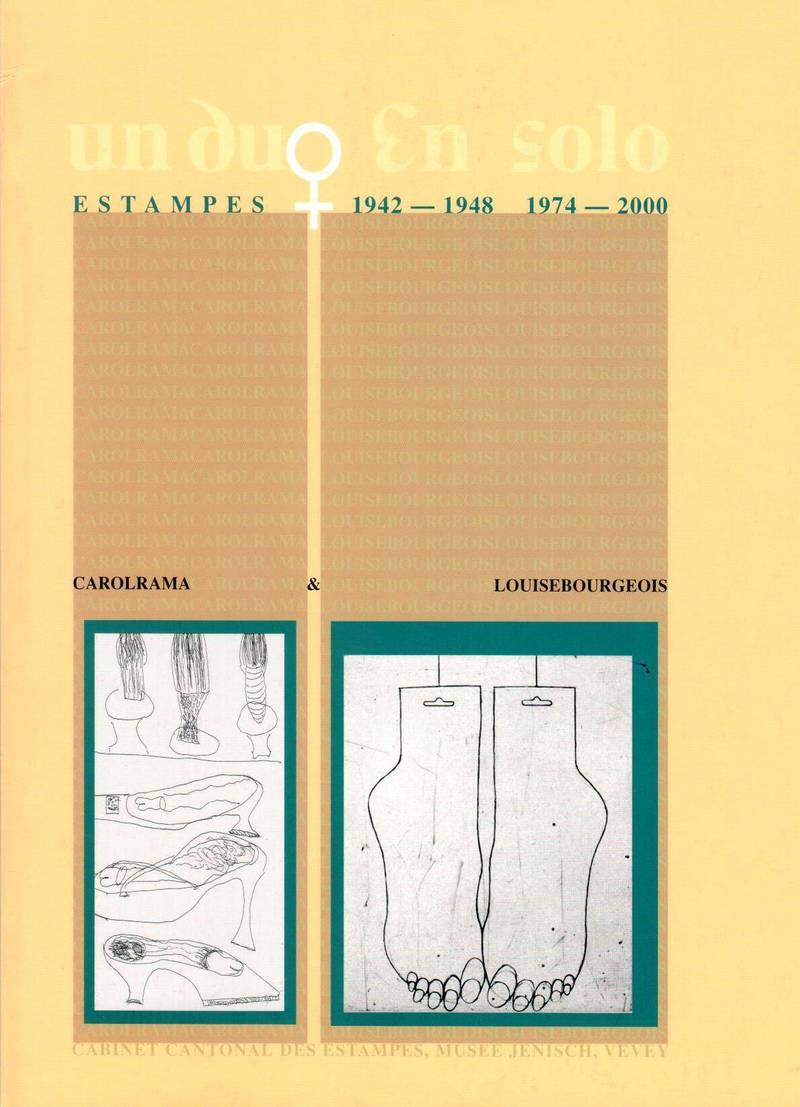 Carol Rama (born Olga Carolina Rama; 17 April 1918 — 25 September 2015) was an Italian self-taught artist whose unconventional painting encompassed an erotic, and often sexually aggressive universe populated by characters who present themes of sexual identity with specific references to female sensuality. Her work was relatively little known until curator Lea Vergine included several pieces in a 1980 exhibition, prompting Rama to revisit her earlier watercolour style. Louise Bourgeois was a French-American artist. Best known for her large-scale sculpture and installation art, Bourgeois was also a prolific painter and printmaker. She explored a variety of themes over the course of her long career including domesticity and the family, sexuality and the body, as well as death and the subconscious. Although Bourgeois exhibited with the Abstract Expressionists and her work has much in common with Surrealism and Feminist art, she was not formally affiliated with a particular artistic movement.