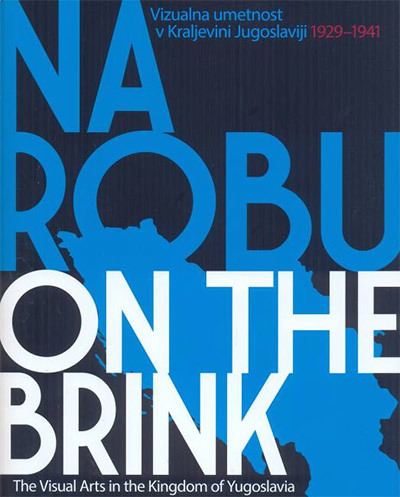 In the Modern Gallery in Ljubljana an exhibition entitled On the edge: visual arts in the Kingdom of Yugoslavia (1929–1941) with more than 130 works of artists and artists, archives and library material from more than 50 public and private collections from the countries of the former Yugoslavia was opened. The exhibition presents a problematic overview of painting, sculpture, graphics, drawings, photographs and film from the king's introduction of dictatorship on January 6, 1929, which strongly influenced t. i. a confrontation on the artistic left, until the beginning of the Second World War on the Yugoslav soil in April 1941. Most of the works from abroad are on display for the first time. The red thread of the exhibition is a glimpse of the Kingdom of Yugoslavia, which, in addition to the then art scene, reveals in its own way the travelogue of Louis Adamič Returning to a native place, which was published in the United States in 1934. In the exhibition Odd Odjeca, Maya Žel-Nolda invited us to talk with the curator of the exhibition Mark Jenka.