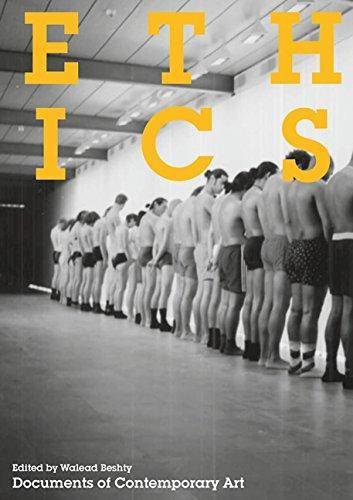 The boundary of a contemporary art object or project is no longer something that exists only in physical space; it also exists in social, political, and ethical space. Art has opened up to transnational networks of producers and audiences, migrating into the sphere of social and distributive systems, whether in the form of “relational aesthetics” or other critical reinventions of practice. Art has thus become increasingly implicated in questions of ethics. In this volume, artist and writer Walead Beshty evaluates the relation of ethics to aesthetics, and demonstrates how this encounter has become central to the contested space of much recent art. He brings together theoretical foundations for an ethics of aesthetics; appraisals of art that engages with ethical issues; statements and examples of methodologies adopted by a diverse range of artists; and examinations of artworks that question the ethical conditions in which contemporary art is produced and experienced.