Exposed: Voyeurism, Surveillance and the Camera 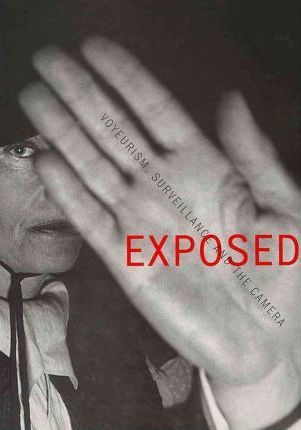 Have we become a society of voyeurs? The proliferation of cell-phone cameras, YouTube videos, and reality television series would certainly suggest that this is so. Pictures can now be made using infrared technology to penetrate darkness or satellites to create omniscient views. If our capacity to look seems increasingly boundless, however, it also threatens to make us a nation under surveillance. Amid endless political debates about terrorism, the security camera has become one of the icons of our age. Aided and abetted by the camera, voyeurism and surveillance provoke uneasy questions about who is looking at whom. Yet there have been surprisingly few attempts to examine the history of might be called invasive looking. Published to coincide with a major exhibition at Tate Modern, “Exposed” aims to fill this critical void. Recognizing that voyeurism has inspired photographers since the inception of the medium, this book reveals the myriad ways in which artists have probed its fascinations, dangers, and cultural significance. The imagery collected here, ranging from the 1870s to the present day, presents an alternately shocking, illuminating, and witty perspective on subjects both iconic and taboo. From shortly after the invention of photography, hidden cameras in public places and voyeuristic treatments of sexuality raised questions about the new medium's uses that are still rehearsed today. The invasive techniques of paparazzi, amateur shots of disasters from the Hindenburg to 9/11, police surveillance photography and the recent trend of self-documentation of sex, crime and other private acts are all examined and explored by leading critics, alongside the work of some of the leading artists of the past 100 years. The contributors include Simon Baker, Philip Brookman, Carol Squiers, Marta Gili and Richard B. Woodward.