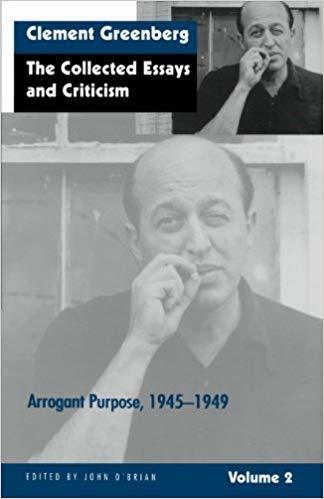 “With the publication of the first two volumes of Clement Greenberg's Collected Essays and Criticism, we are at last on our way to having a comprehensive edition of the most important body of art criticism produced by an American writer in this century. The two volumes now available-Perceptions and Judgments, 1939–1944 and Arrogant Purpose, 1945–1949 — bring together for the first time Mr. Greenberg's critical writings from the decade in which he emerged as the most informed and articulate champion of the New York School as well as one of our most trenchant analysts of the modern cultural scene.” Hilton Kramer, The New Criterion