The Collected Essays and Criticism, Volume 1: Perceptions and Judgments, 1939–1944 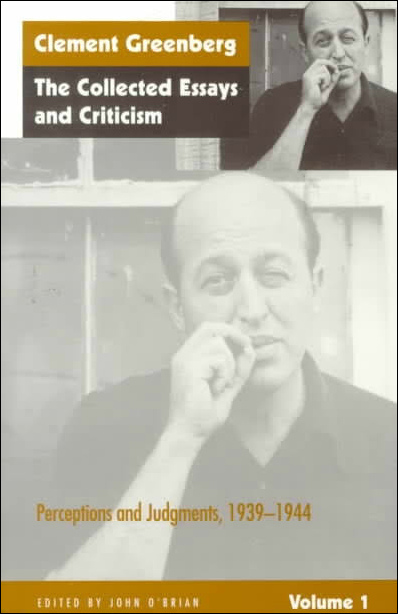 Clement Greenberg (1909–1994), champion of abstract expressionism and modernism-of Pollock, Miró, and Matisse-has been esteemed by many as the greatest art critic of the second half of the twentieth century, and possibly the greatest art critic of all time. On radio and in print, Greenberg was the voice of “the new American painting,” and a central figure in the postwar cultural history of the United States. Greenberg first established his reputation writing for the Partisan Review, which he joined as an editor in 1940. He became art critic for the Nation in 1942, and was associate editor of Commentary from 1945 until 1957. His seminal essay, “Avant-Garde and Kitsch” set the terms for the ongoing debate about the relationship of modern high art to popular culture. Though many of his ideas have been challenged, Greenberg has influenced generations of critics, historians, and artists, and he remains influential to this day.