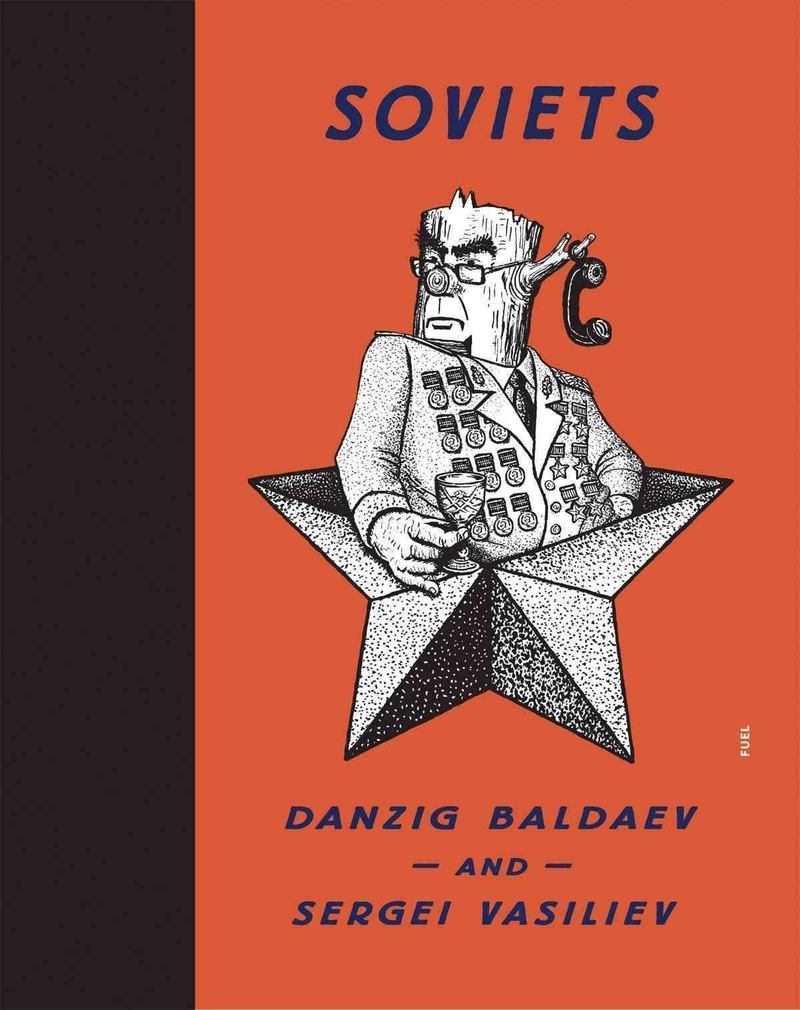 Soviets features unpublished drawings from the archive of Danzig Baldaev. Made in secret, they satirize the Communist Party system and expose the absurdities of Soviet life. Baldaev touches on a wide range of subjects, from drinking (Alcoholics and Shirkers) to the Afghan war (The Shady Enterprise), via dissent (Censorship, Paranoia and Suspicion) and religion (Atheism as an Ideology). He reveals the cracks in the crumbling socialist structure, describing the realities of living in a country whose leaders are in pursuit of an ideal that will never arrive. The drawings date from the 1950s to the period immediately before the fall of the Soviet Union in 1991, with caricatures exposing communism’s winners and losers: the stagnation of the system, the corruption of its politicians and the effect of this on the ordinary soviet citizen. Baldaev’s drawings are contrasted with classic propaganda-style photographs taken by Sergei Vasiliev for the newspaper Vercherny Chelyabinsk. These photographs depict the world the Communist leaders dreamed of: where the local factory produced its millionth tractor and heroic workers fulfilled their five-year plans. It is impossible to imagine the daily reality of living under such a system; this book shows us--both broadly and in minute detail--what it must have been like.