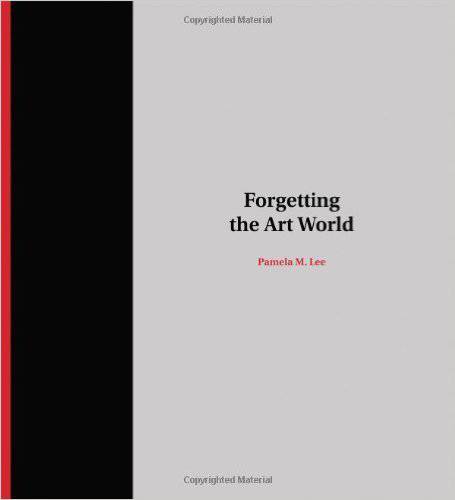 Today, the art world spins on its axis so quickly that its maps can no longer be read; its borders blur. In Forgetting the Art World, Pamela Lee connects the current state of this world to globalization and its attendant controversies. Contemporary art has responded to globalization with images of movement and migration, borders and multitudes, but Lee looks beyond iconography to view globalization as a world process. Rather than think about the “global art world” as a socioeconomic phenomenon, or in terms of the imagery it stages and sponsors, Lee considers “the work of art’s world” as a medium through which globalization takes place. She argues that the work of art is itself both object and agent of globalization. Lee explores the ways that art actualizes, iterates, or enables the processes of globalization, offering close readings of works by artists who have come to prominence in the last two decades.