Irony; or, The Self‑Critical Opacity of Postmodern Architecture 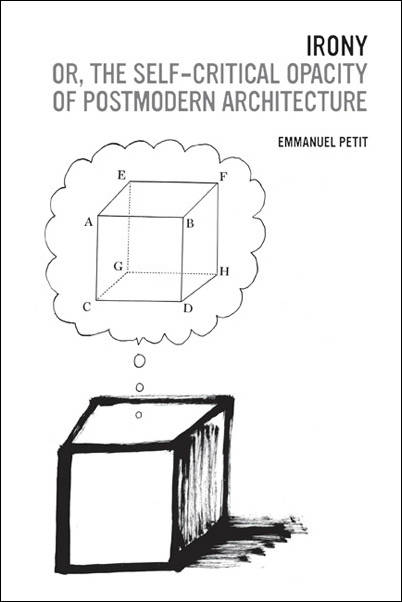 In this fascinating reassessment of postmodern architecture at the end of the 20th century, Emmanuel Petit addresses the role of irony and finds a vitality and depth of dialectics largely ignored by historical critiques. A look at five individual architects — Peter Eisenman (b. 1932), Arata Isozaki (b. 1931), Rem Koolhaas (b. 1944), Stanley Tigerman (b. 1930), and Robert Venturi (b. 1925) — reveals the beginning of a phenomenology of irony in architecture. As Petit explains, irony is manifested in the work of these architects as an aesthetic tool, as existential comedy, and as cultural satire. Petit frames his discussion between the destruction of two utopian structures by architect Minoru Yamasaki (1912–1986): the demolition of the Pruitt‑Igoe housing complex in St. Louis in 1972 and the collapse of the World Trade Center in 2001. Meticulously researched and drawing widely from philosophy and literary criticism, Petit crafts a compelling case for the role of irony during a period when architects struggled to come to terms with significant contradictions within cultural modernity.