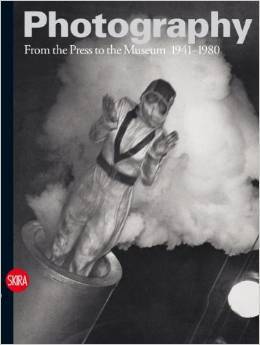 The third volume in the Skira Photography series serving as a major reference in the field. The third volume (19411980) of Skiras History of Photography series focuses on the years marked by the revolution of colour that meant the start of a radical change in the very nature of amateur photography. At the same time, through photojournalism photography became a mirror of society and a tool for attempts to change it. This monograph traces the historical evolution of photography, focusing on artists such as Helen Levitt, Weegee, Robert Doisneau, Henri Cartier-Bresson, Josef Sudek, William Klein, Robert Frank, Richard Avedon, Shomei Tomatsu, William Eugene Smith, Gerhard Richter, Bernhard and Hilla Becher, Ugo Mulas, Ed Ruscha, Larry Clark, just to name a few. The essays provide an in-depth discussion of some of the primary themes of the historical period: the evolution of documentary photography between 1950 and 1980, the revolution of colour and the relationship between photography and conceptual art.