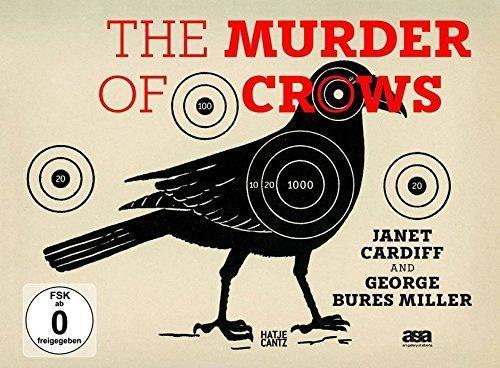 Janet Cardiff and George Bures Miller's “The Murder of Crows” is a surrealistic sound installation inspired in part by Goya's famous etching “The Sleep of Reason Produces Monsters.” This hallucinatory work depicts a man asleep with owls and bats swooping menacingly around his head; Cardiff and Miller's title also refers to the habit among crows of flocking to a dead crow and cawing collectively, often for over a day, in a “crow funeral.” The installation is composed of 98 speakers that visually mimic the flocking crows and issue both ambient and musical sounds, and a desk (mimicing Goya) with a megaphone from which Cardiff's voice relays a series of dreams. This artist's book account of the project — as well as selected earlier projects — includes documents, interviews with the artists, ornithological and literary texts referring to crows, plus a DVD and 3-D reproductions with glasses.