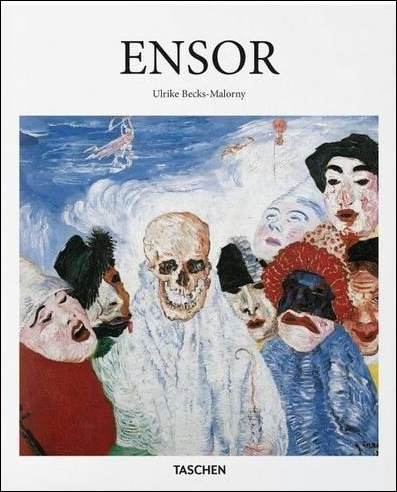 An expressionist before the term was coined, James Ensor (1860–1949) was the classic insider-outsider enigma. He knew all the right art-world figures but loathed most of them. His style lurched from the Gothic fantastical to the Christian visionary. He was a cosmopolitan trailblazer of modernism, but lived reclusively in an attic room in the resort town of Ostend. For all his elusivness, Ensor influenced generations of artists through his vivid, often gruesome, paintings, prints, and drawings. He is cited in particular for his use of dark satire and allegory, his innovative lighting, and for his interest in carnival and performance, showcased in The Entry of Christ into Brussels in 1889 as well as in his repertoire of self-portraits in which he adopts masking, travesty, and role-playing to adopt such varied guises as Christ on the cross and a cross-dressing dandy.