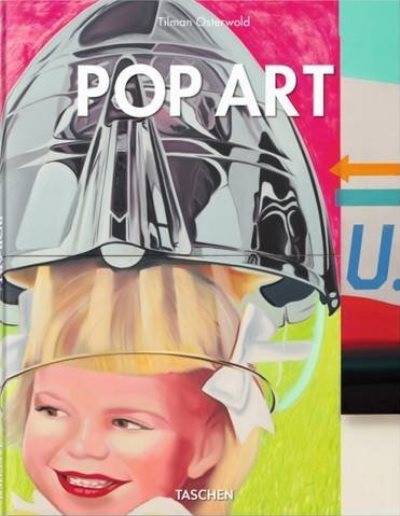 Peaking in the 1960s, Pop Art began as a revolt against mainstream approaches to art and culture and evolved into a wholesale interrogation of modern society, consumer culture, and the role of the artist and artwork. Pop artists primary provocation was to defy ideas of the artistic canon or “originality” by integrating mass market imagery into their works. Whether advertising slogans, famed Hollywood faces, comic strip style characters, or the packaging of consumer products, the likes of Robert Rauschenberg, Claes Oldenburg, Andy Warhol, and Roy Lichtenstein knowingly reproduced mundane, everyday images from popular culture. In this book, Tilman Osterwold explores the styles, sources, and stars of the Pop Art phenomenon. From Lichtenstein’s comic book aesthetics to Warhol’s images of Marilyn, it explores how a movement that interrogated the icons of its time came to produce icons of its own.