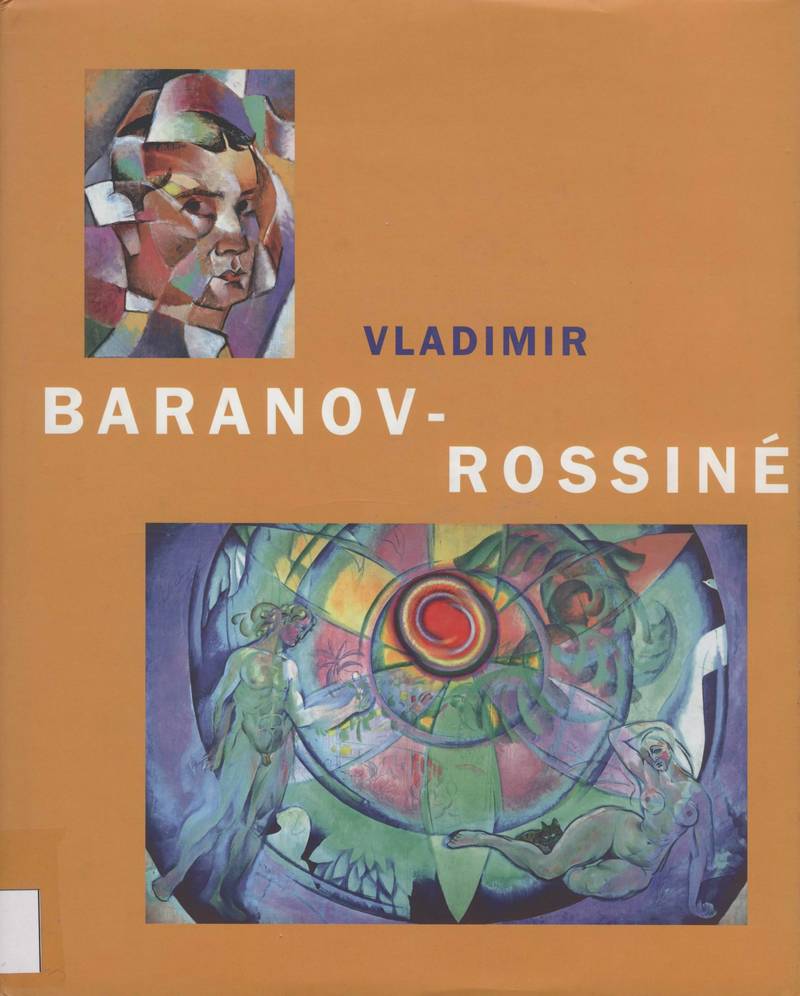 Vladimir Baranoff-Rossine was born in Kherson, Ukraine. In 1902 he studied at the School of the Society for the Furthering of the Arts in St. Petersburg. From 1903 to 1907 he attended the Imperial Academy of Arts in St. Petersburg. In 1908 he exhibited with the group Zveno (The Link) in Kiev organized by the artist David Burliuk and his brother Wladimir Burliuk. In 1910 he moved to Paris, where until 1914 he was a resident in the artist's colony La Ruche together with Alexander Archipenko, Sonia Delaunay-Terk, Nathan Altman and others. He exhibited regularly in Paris after 1911. He returned to Russia in 1914. In 1916 he had a solo exhibition in Oslo. In 1918 he had exhibits with the union of artists Mir Iskusstva (World of Art) in Petrograd (St.Petersburg). In the same year he had an exhibition with the group Jewish Society for the Furthering of the Arts in Moscow, together with Nathan Altman, El Lissitzky and David Shterenberg. He participated at the First State Free Art Exhibition in Petrograd in 1919.