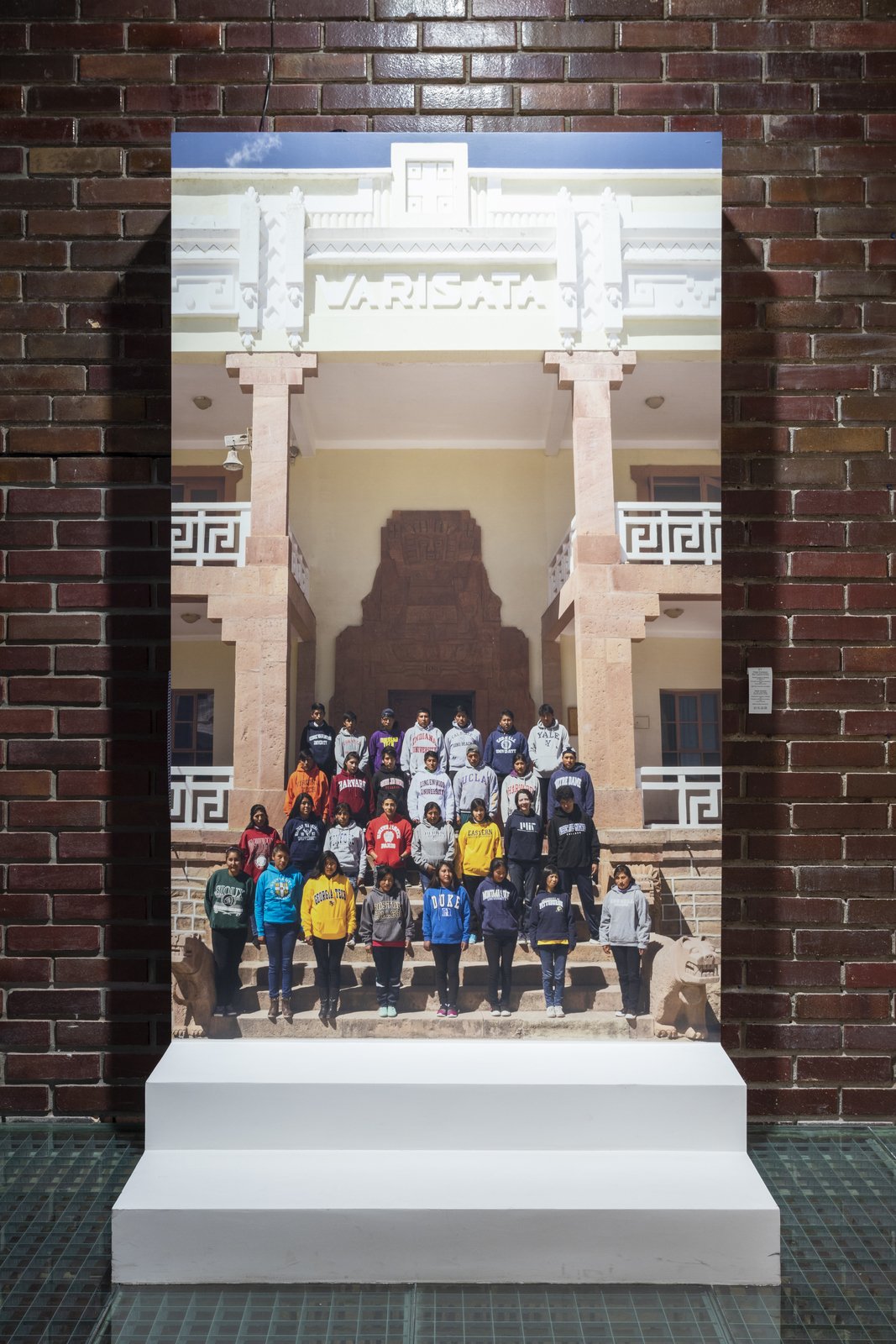 The Bolivian artist Narda Alvarado works with the poetry of uniforms and casual wear. This project, created specifically for The Fabric of Felicity, was inspired by the Bolivian population’s widespread habit of wearing second-hand clothing from the USA and Europe. As in any other second-hand clothing market, sweaters bearing American university logos are very common. Alvarado confronts the casualness of second-hand clothing with the history of education in Bolivia. To create her performance and video, the artist invited students from Warisata Teachers' Training School. In fact, the photograph on the podium was made against the school´s facade. Warisata was one of the first indigenous productive schools, established in the Bolivian highlands between 1931 and 1940. It was founded by a Bolivian teacher of European descent and an Aymara educator, in close cooperation with students, parents, and locals. All decisions were made by the Warisata Council of Elders.  In the 1930s, this was a radical educational project: at that time indigenous people were perceived only as servants and domestic workers and did not receive any education. The institution admitted (and currently admits) young Bolivian students from all over the country. As early as the 1960s, Warisata’s practice influenced Brazilian Paolo Freire’s theory of “the pedagogy of the oppressed.” For Alvarado, the interaction of American students´ uniform and the context of Bolivian education is not simply a paradox of the global circulation of clothing but an affirmation of the right to an alternative to great Western science.