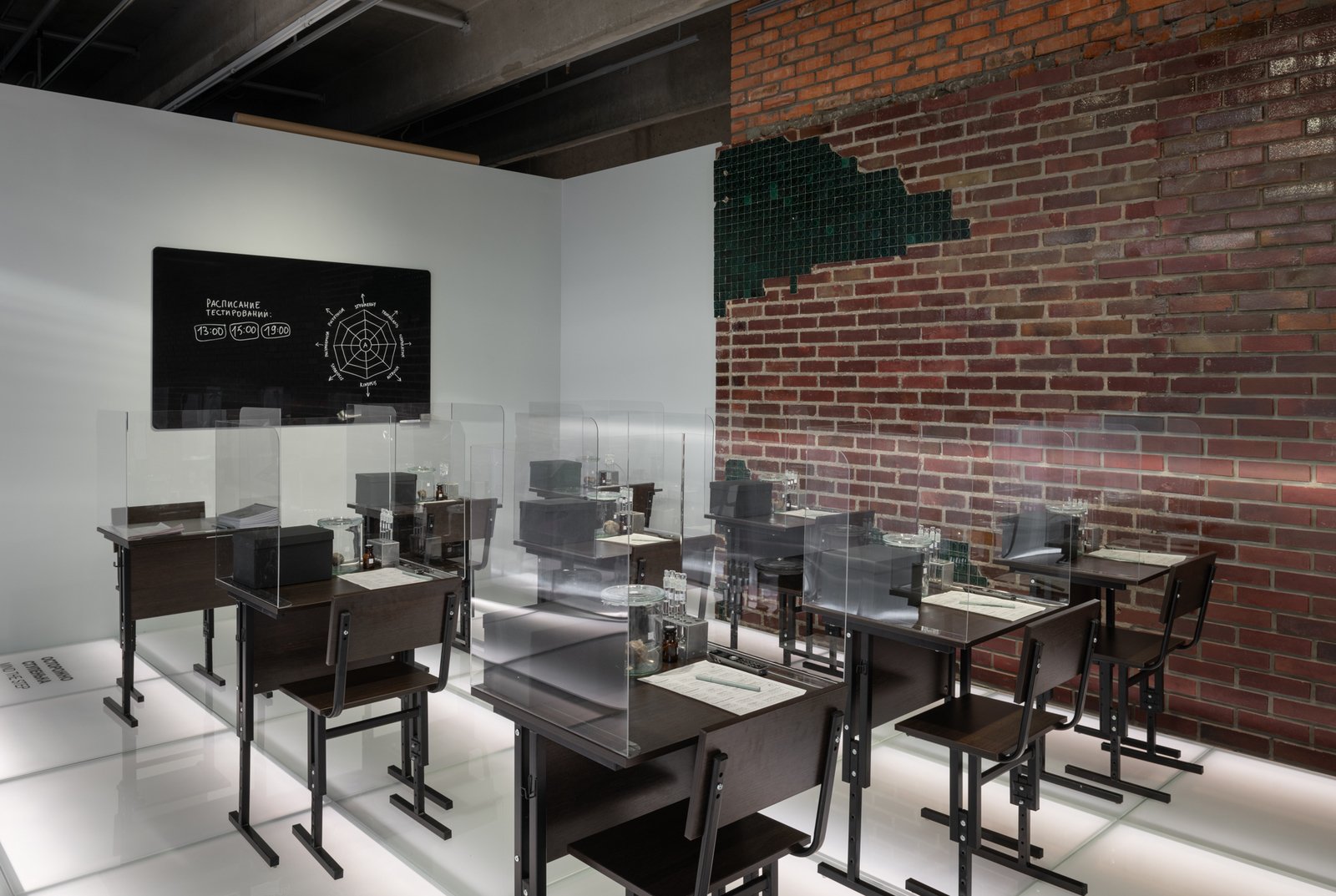 TAD.I by Alyona Shapovalova and Alisa Smorodina explores non-human agents, a subject of key interest within the global context. Exhibition visitors are invited to undergo a test for deanthropocentralization; to temporarily abandon the idea of their species’ superiority as the pinnacle of evolution and take on the role of an insect, thereby experiencing the uniqueness of the diverse “talents” nature has awarded to every living being. Today, posthumanism proposes a radically new ethics. Whereas previously the loss of human appearance—from “punishment” through reincarnation as animals in Eastern religions to the terrible “transformation” into an insect in Kafka’s novella—now the ecological disaster caused by the Anthropocene demands we consider how forests think or how the Internet of animals functions.

The test developed by the artists suggests imagining oneself as a weaver ant, wasp, or male bug and finding a solution to the problem, trying to hear what dangers lie in wait for praying mantises or termites while also discovering abilities inaccessible to humans. Shapovalova and Smorodina believe that principles such as eusociality in social insects could become “donors” for the reorganization of our social structure, but in order to perceive the living experience of other creatures humans need to avoid anthropocentric thinking. As writer Paul B. Preciado put it, “just as the virus mutates, if we want to resist submission, we must also mutate.”

Anyone taking the test may wonder whether the compilers are not too “human” to be regarded as experts in deanthropocentralization? Is the famous left intellectual maxim “do not speak up for the oppressed, but let them speak for themselves” relevant to non-human agents? To what extent is the classroom discipline proposed by the artists, which mimics the procedures for language tests like TOEFL or IELTS, compatible with questioning our humanness? In order to conduct speculative testing TAD.I ironically reproduces the work of tools of migration and bureaucratic control, but the target of its criticism may also be the principles of participatory art, which art historian Claire Bishop termed the “artificial hells” of contemporary museums.