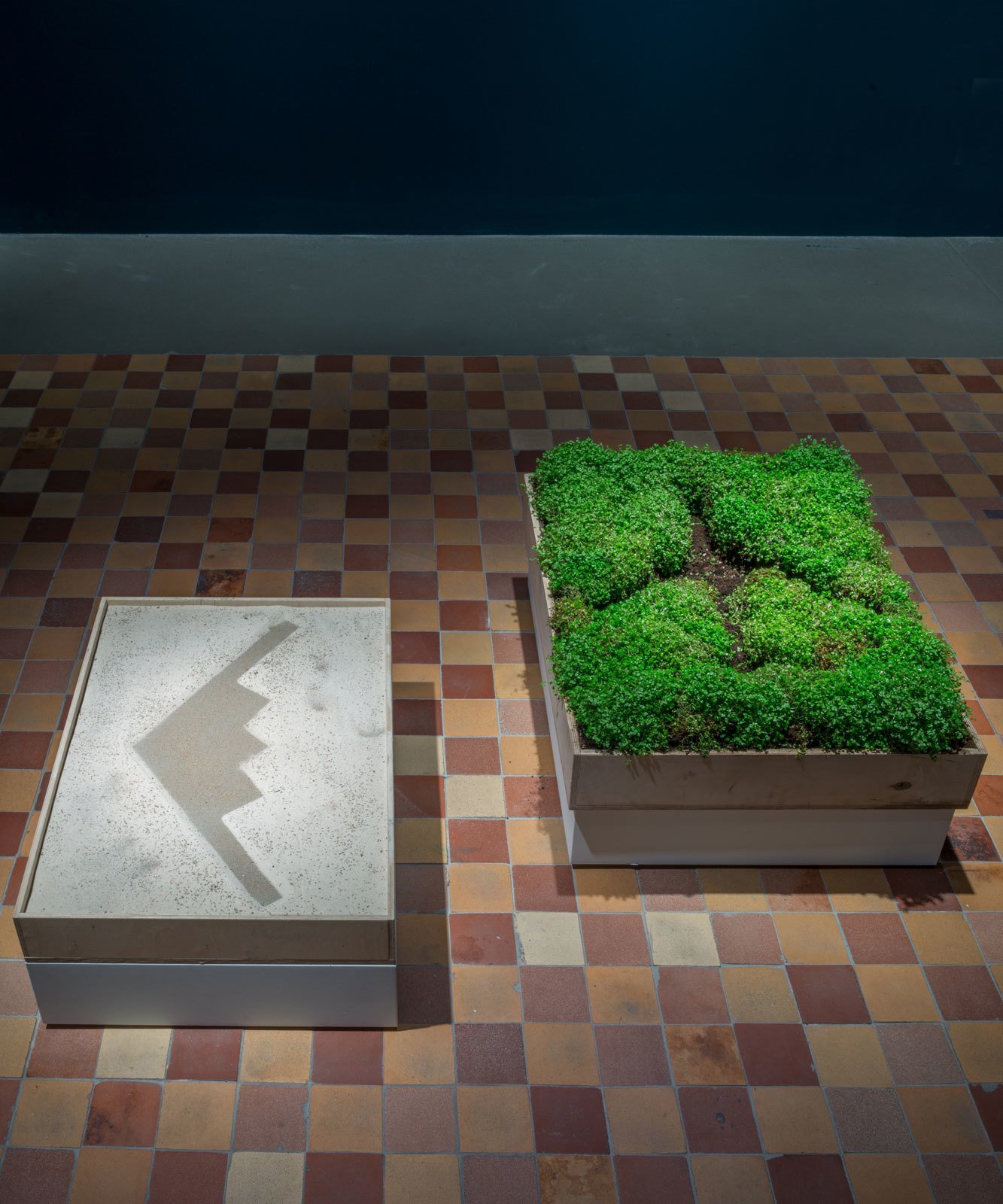 Courtesy of the artist

Martha Rosler is one of the very few artists who can find a strong political charge in almost any medium. Into the arsenal of natural materials widely exploited in male-dominated land and environmental art of the late 1960s, like soil, sand, and stones, she introduces living matter, such as cultivated plants, which in her case becomes a tool for anti-war critique. Recreating the all too familiar silhouette of a bomber in works made in 1972 and 2006, Rosler has produced powerful comments on the effects of war on the environment. The container she used originally was an agricultural tray of the type sold to homeowners and professional landscapers.

In 1972, she made a living sculpture of the famous B-52 bomber using the plant soleirolia soleirolii, commonly known as Baby’s Tears. B-52s were the bombers used by the American military in Vietnam and, according to estimates, the total number of bombs they dropped was greater than for the entire duration of World War Two. In service since 1955, the B-52 is still the main long-range bomber of the US Air Force. The B-2 Stealth Bomber has been used by the U.S. Air Force during the conflicts in Kosovo, Afghanistan, and Iraq. In Prototype (Sandbox B2), Rosler recreated its silhouette in sand. As with the photomontage series House Beautiful: Bringing the War Home, which she created from approximately 1967 to 1972 and later revived in the 2000s, with these works Rosler employs artistic strategies she first used during the Vietnam War, updating them for a new century, In part reminding us of the continuity of the widespread destructiveness of war.