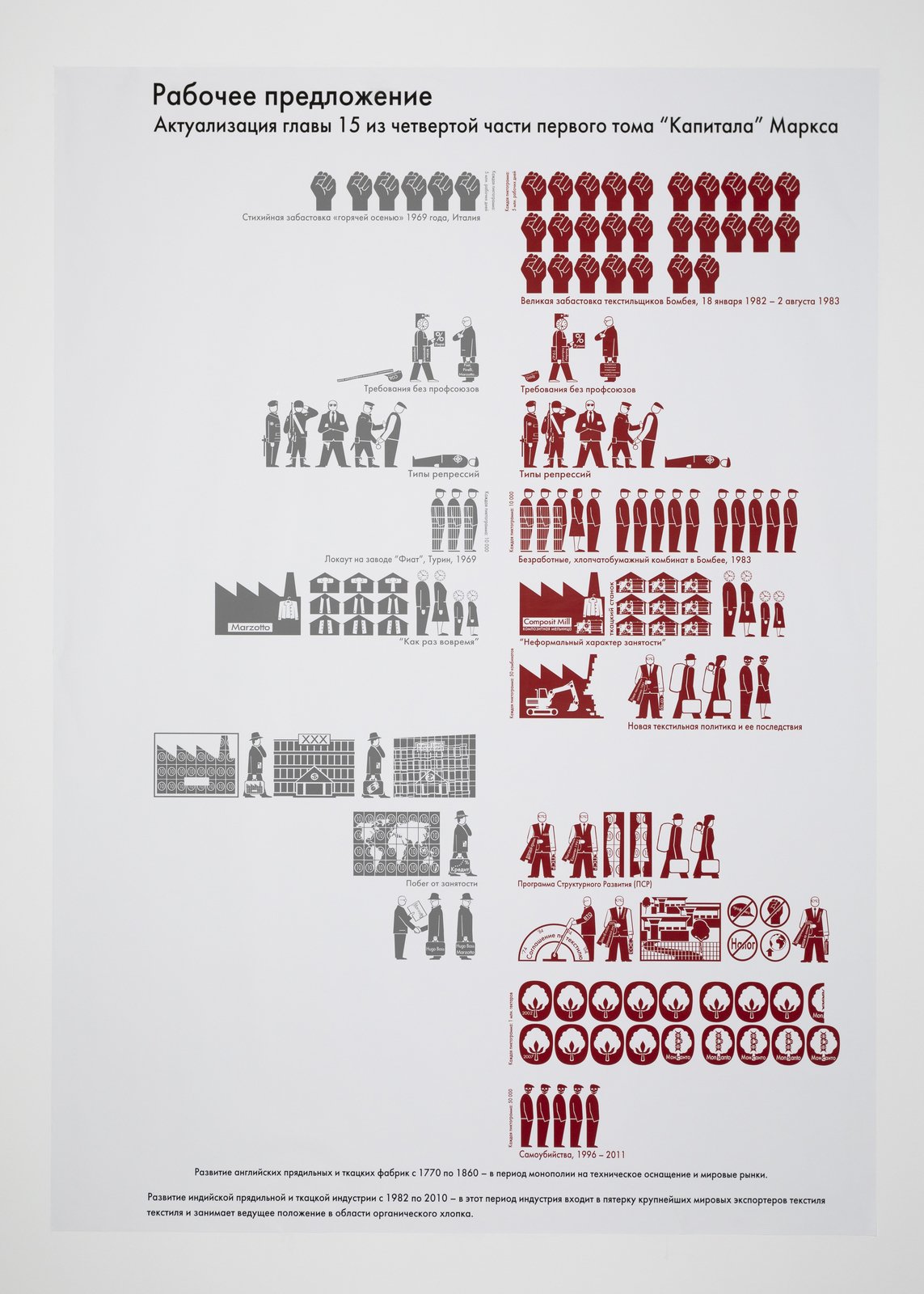 In the 1920s, sociologist Otto Neurath and artist Gerd Arntz developed the Vienna Method of Pictorial Statistics (known as Isotype after 1935), a new way of acquainting the general public with ever-increasing volumes of information and the first infographics. Neurath and Arntz’s main achievement was the atlas Society and Economics (1930) designed to systematize global industries, labor, and resources (for example, sugar production) using understandable graphs and schemes. Before the Nazis came to power in Austria, Neurath and Arntz regularly traveled to Moscow to advise the Izostat Institute, which had been founded based on their developments. Since the mid-1990s, the German artists Alice Creischer and Andreas Siekmann have been engaged in a gradual update of the information gathered for the atlas. Using the method of “militant research,” Creischer and Siekmann are not limited to pure statistics. In the case of Working Proposal, they compare the position of Indian textile workers during the Great Bombay Strike in 1982 with Italy’s autumno caldo (hot fall) of 1969–1970, a series of strikes and boycotts involving around 1.5 million workers. The old and new “graphic statistics” reduce people to a uniform. But unlike the abstract pie charts and sectors in conventional infographics, isotype does not just present abstract data but mobilizes an active relationship with the processes concerned through identification with the social classes that are depicted.