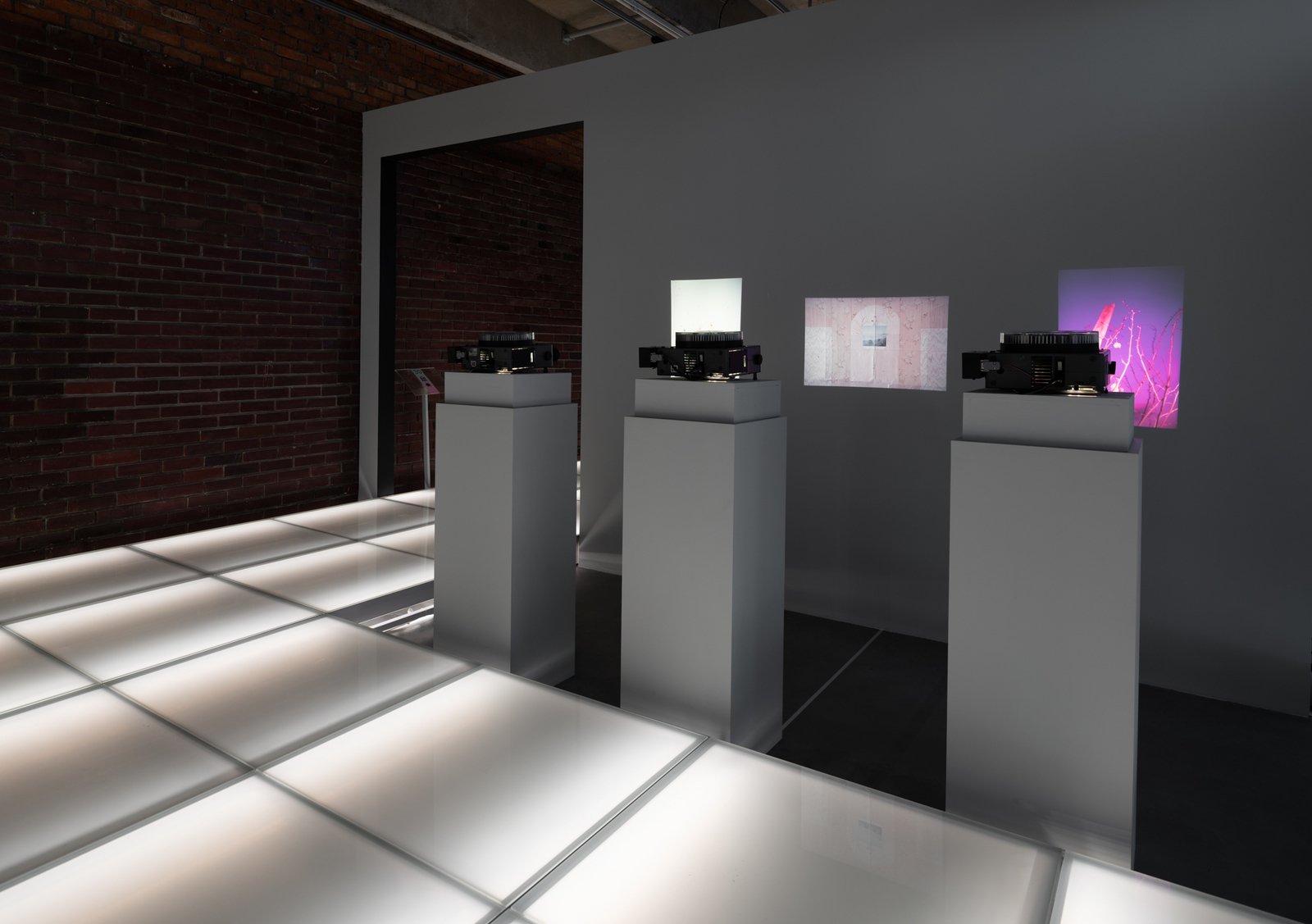 Marina Istomina started working on Suffocation in the summer of 2019, when, as a resident of the town of Ust-Kut in Irkutsk Oblast, she found herself within the zone of the annual forest fires. Exhausted by the endless repetition of this environmental problem and worried about its scale and complex causes, the artist began to chronicle the event in the manner of American photographer Robert Adams, creating implicitly silent images that captured the destructive changes in the landscape caused by external forces. Aiming to convey what was happening in its entirety, including her own physical and psychological sense of suffocation, Istomina started adding new shots, archival materials, and texts to these photographs, introducing complementary plots and thus turning a documentary narrative into a multidimensional speculative story. The artist works with the themes of memory and trauma and often uses this method to explore socially significant events of various scales (from regional fires to the murder of a local crime boss) through personal experience.

The current exhibition presents a new display of Suffocation, in the form of a three-channel slide film. The plot develops around three female characters introduced by Istomina—a witness, a researcher, and a shaman—each of whom experiences the fire in a unique way. The witness keeps a diary and lives through suffocation as a bodily experience; the researcher tries to comprehend its essence rationally; the shaman is a trickster speaking on behalf of the mythological image of the forest. Each moves along their own storyline at the beginning, then at a certain point the lines intersect and the characters merge, only to disintegrate and reassemble in a new way. The story of the forest fire in which the characters are involved turns out to be larger than them and absorbs them, but it is also cyclical. For Istomina, the looped development of the plot is associated with the passage of time for the people of Ust- Kut, who live through the fire risk season. As she puts it, “spring means tense expectation, summer is the culmination, in autumn the fire dies down, in winter there is silence, and then the whole cycle repeats.”

Istomina identifies the films of David Lynch as visual and structural allusions informing Suffocation. The project features a number of cross-cutting references to his work: a non-linear plot, the multiplicity and inconstancy of the characters’ personalities, a permanent feeling of the presence of “dark forces,” and the image of fire as a raging primal force that connects the real world and afterworlds. “Fire walk with me,” the famous line from a poem repeated by the characters of Lynch’s TV show Twin Peaks, resonates with an important text featured in the project, an eighteenth-century Tungus shamanic incantation: ‘’Be fertile, be laughing, train a good hunter for God, take care of your husband, bring up your child well, let him have plenty of fire.”