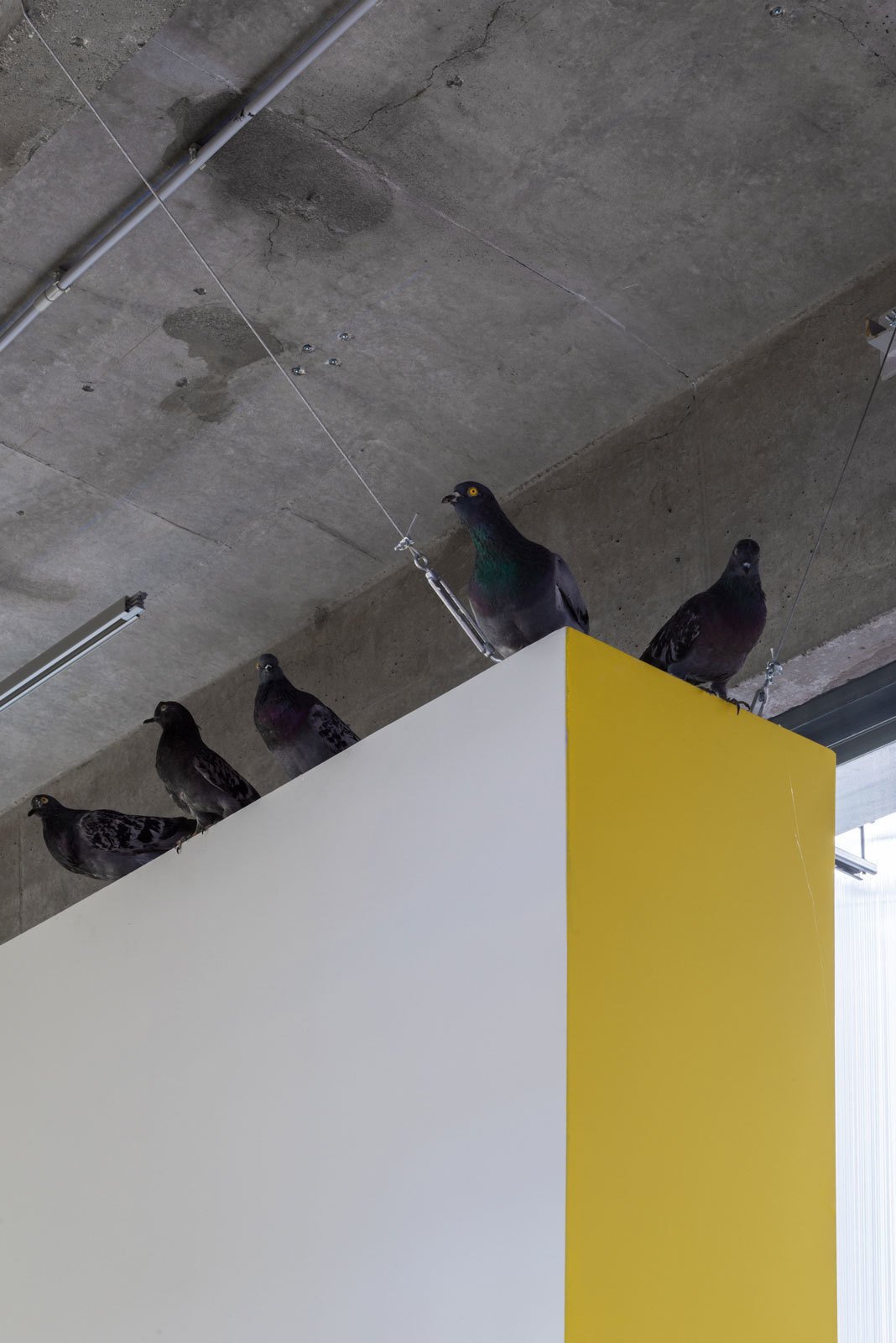 A row of taxidermied pigeons curiously inspects visitors from above, most of whom will probably walk through the exhibition without even noticing the birds. This somewhat invisible work by artist Maurizio Cattelan is in fact rather emotional: it uses pigeons that were killed during a regular sanitization of а city near Venice, where their population is controlled. Cattelan draws attention to these highly marginalized birds as well as to exhibition visitors. Considered as pests that not only ruin the urban fabric but also spread disease, in tourist destinations like Venice pigeons are hunted down. Yet they still seem to be everywhere, as they are extremely well adapted to urban life. The reference to the myriad tourists who disembark in the city and the numerous visitors to its biennials and other exhibitions is evident.

In fact, the concept behind Others has been recycled by Cattelan, who exhibited a similar work with pigeons, entitled Tourists, at the Venice Biennale in 1997 and staged it again in a slightly different way in 2011, also at the biennale. For Cattelan the pigeons underline a relationship with time rather than with the city. He noted that for him the exhibitions that take place at the biennale always seem the same, as if nothing ever changed. It is unusual to see pigeons inside the Museum, but somehow they are such a familiar, common sight that one passes by the work without paying much attention.