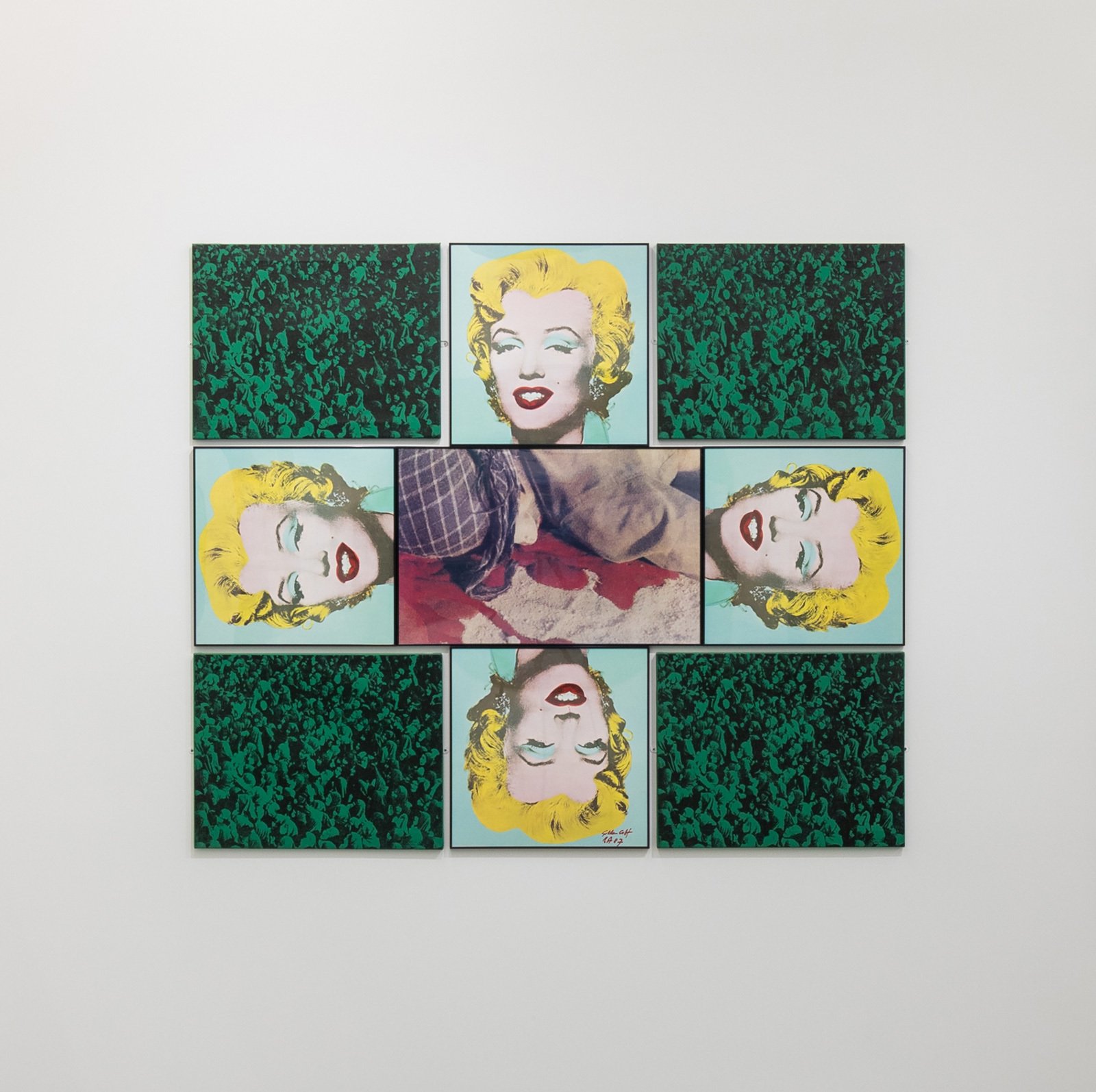 One of the most direct works in the ‘Cruciform’ series, Golden Calf is a straight-forward rebuttal of the American fascination with pop culture. As in the rest of the series, Araeen contrasts pop culture images with reporting of current events. He places an obscurely violent scene at the center of the work. It is flanked by four identical photographs of Marylin Monroe in the shape of the cross. By that time, Monroe was even more of an artistic icon than a Hollywood one, thanks to Andy Warhol, who had both commented on and reinforced celebrity culture. In the words of art historian Zoe Sutherland, ‘Pop art is used to represent the sacrifice and loss resulting from aggressive masculinity and imperialism, just as the historical emergence and ‘universalization’ of Pop art coincides with the ascendancy and consolidation of US economic and cultural power’.

The outward facing panels of the ‘Cruciform’ series are almost always green. Araeen states that ‘the green monochromes represent my identity, which has been pushed out into the periphery of the corners by the images you see inside the cross’. In the words of art historian Iftikhar Dadi, 'the works map waves of layered visual 'scapes' that increasingly characterize our era – whether one lives in Karachi or in London'.