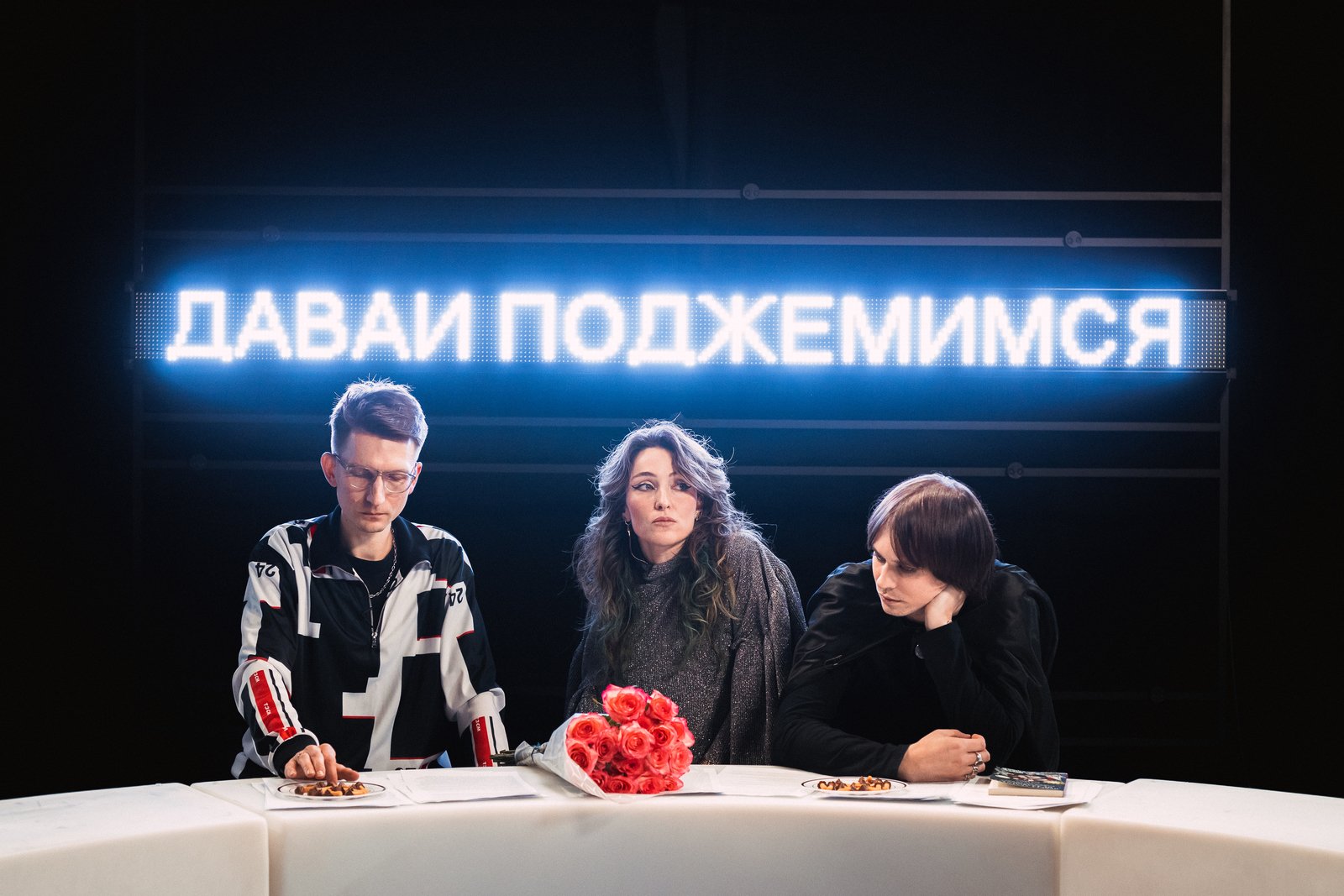 The members of NONSNS strive to occupy a speculative position in the local art community. While labeling NONSNS a hybrid self-organized group, they distance themselves from the parameters and criteria of even this flexible institutional model, preferring the fluid and mutable identity of a “needed ordinary naive speculative new self-organization.” Performing with the resounding slogan “Make Art NONSNS Again,” their practice is informed by irony, simulation, and pirate schemes.

The group’s works exist in the discursive field of blurring the boundaries between “high” and “low” art forms. NONSNS openly appropriates the mechanisms inherent in contemporary mass culture, namely celebrity culture. Constructing a fake story about their massive success, they release souvenirs, shoot (and appear in) ads, work with images of pop stars, and design videos using guidelines for promoting materials on social media. In the spirit of postmodern parody, NONSNS reassemble these attributes of “low” culture, embedding them in the context of “high” contemporary art.

NONSNS SHOW employs the medium of popular TV shows. In four “episodes” based on four different models of popular programs, the artists attempt to test the willingness of workers in the field of contemporary art to build strong relationships with each other, ask them awkward questions using made-up quizzes, embark on a public speculative investigation, and put together a fictional late-night show. TV games, quizzes, reality and talk shows have often found their way into contemporary art, both as an object of research and a means of expression. Dara Birnbaum studied the gestures and facial expressions of participants in the game show Hollywood Squares as examples of imposed gender-based behaviors (Kiss the Girls: Make Them Cry, 1979); Michelle Deignan reconstructed the interior architecture of the Fifteen to One quiz show (15:1, 2001); and Gillian Wearing’s Family History (2006) used talk show elements to explore the changing role of reality TV. Media researcher Maeve Connelly notes that such projects often portray the television studio as a pseudo- private zone, a space of simulation, pre-programmed behavioral conventions, and pre-staged representation of relationships. The authors of NONSNS SHOW place themselves and their fellow art practitioners in this situation, attempting to undermine the system’s concealed mechanisms and thereby bring them to the surface.

NONSNS SHOW episodes are available on the Garage YouTube channel.