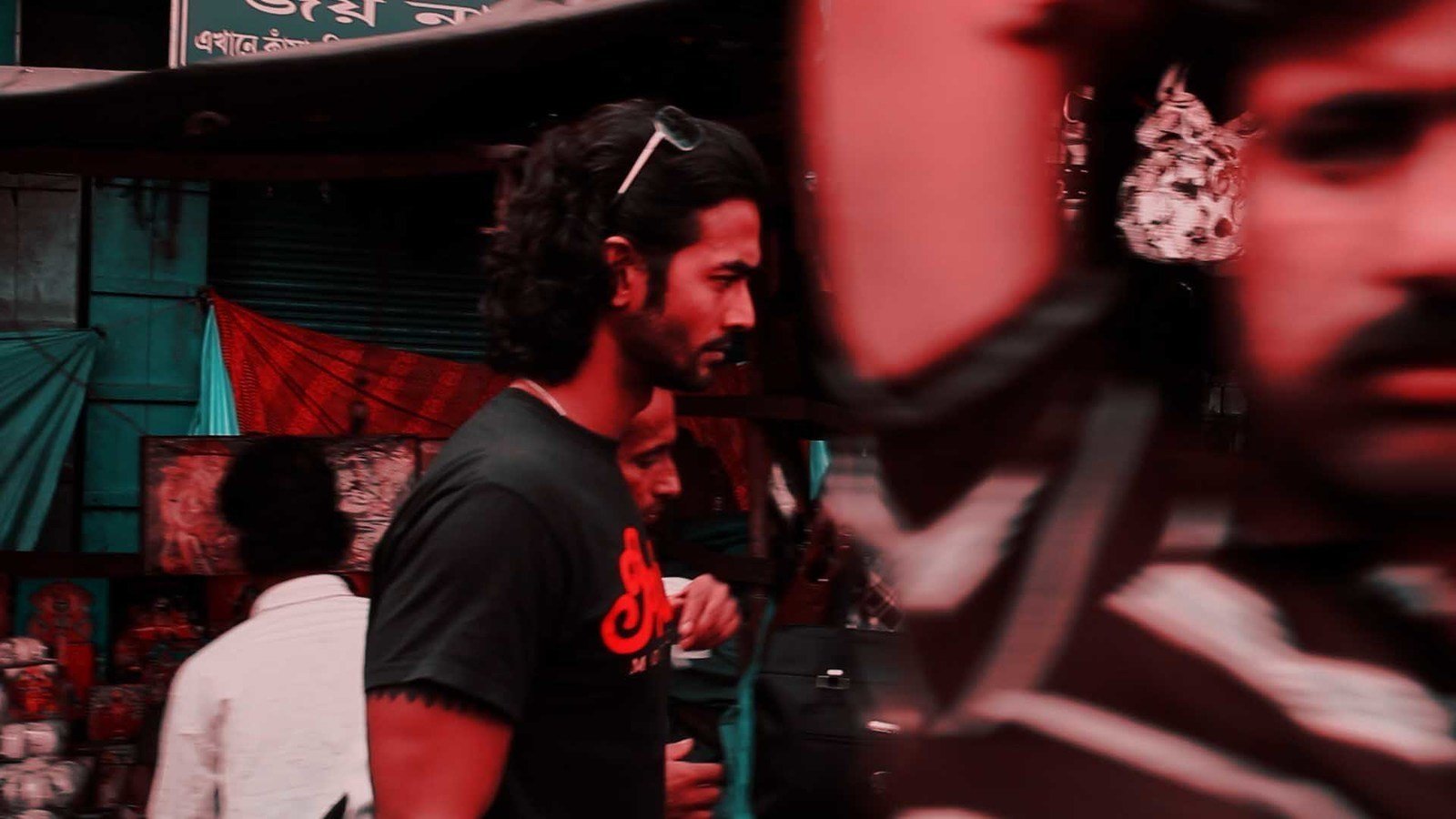 Babu comes back home to Calcutta after his mother’s death. The character gets immersed into the whirl of the local carnival culture: the viewer can see on the screen a colourful crowd, fanciful texture and patterns of fabric replaced by flashes of light and gestures accompanied by disturbing sounds. Babu finds himself as if standing in the centre of a merry-go-round; around him there are fragments of memories and lights of the modern city. Carnival is a mixture of the silent movie and video art, as florid as an Indian design. 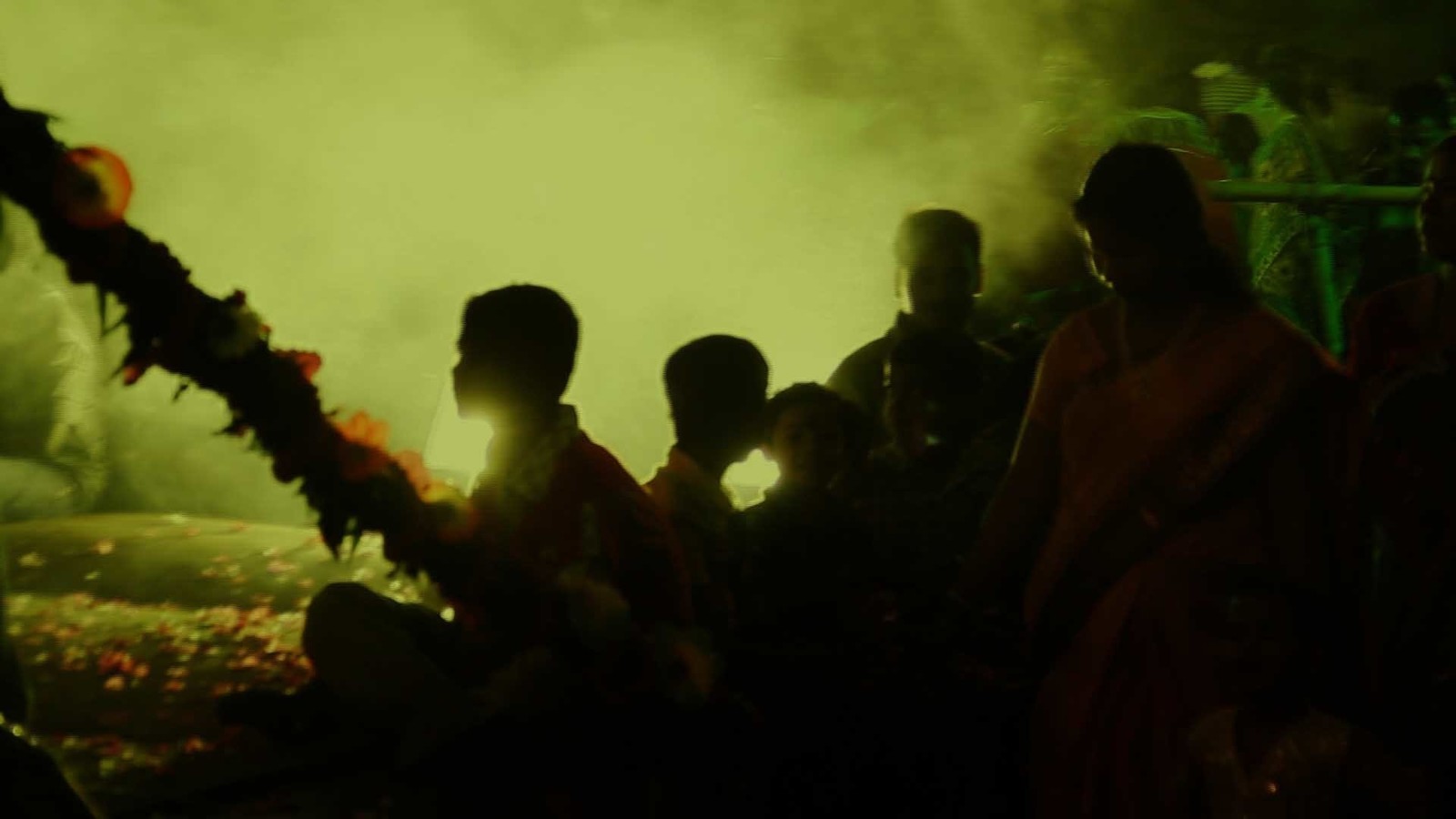 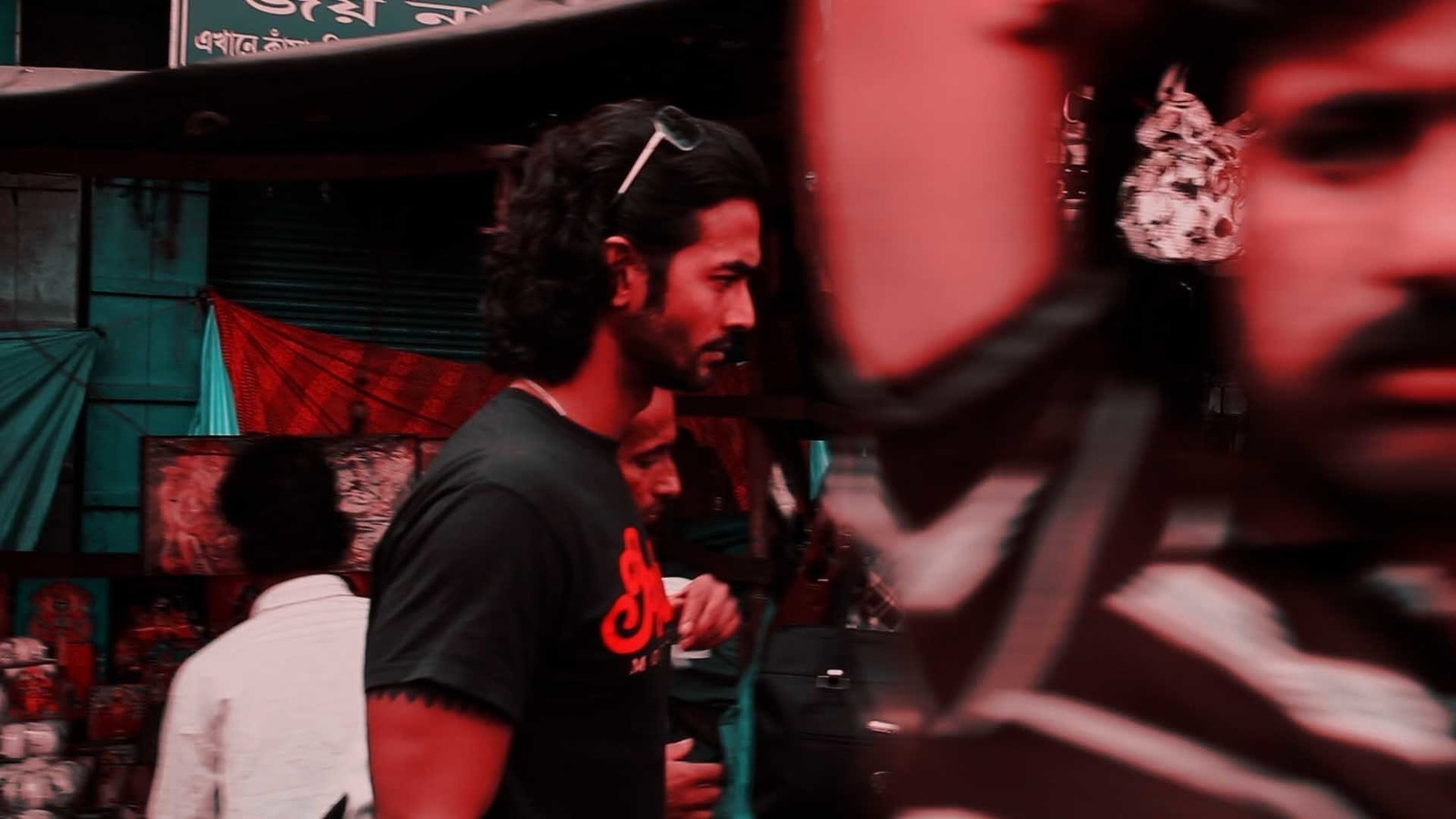